2016 was a hard year for me. There were so many big bumps, hiccups, crashes and burns for me that the only way to honour myself, my commitment to my work, all of you, and the lessons that needed to be processed, was to stop travels and work for a bit.

My heart took me to Bali and within weeks life put on my lap a home in a rice field that came with a queen of the castle, Sara dog.

Sara and I went out for walks each morning and we began to see another little puppy on our path. She was the happiest most loving thing I ever met in my life. Tiger striped hair, brown with red, white paws and tail with a tongue that could not stop kissing.

I always said to myself that I would never get a pet, that I wanted an animal to choose me and this little pup did and so there it began.

Previous to coming to Bali I was a cat person. I had not ever experienced a real attraction to dogs. I liked cats because they were independent, not needy and I enjoyed their bitchiness likely because I could relate to their moods.

In the beginning with now 2 dogs, there were days that I questioned if I really wanted to have dogs around. When I became frustrated coming home to their shredding projects of all things valuable, I would remind myself, wait I’m not even a dog person what am I doing.

The climax of this questions occurred one day when a farmer came to my gate with a massive wooden rod and a slaughter knife to kill my dogs.

I had been leaving my gate open so they could come and go as they pleased. I thought, they are rice field dogs and I don’t want to take their freedom away suddenly locking them up in an enclosed area.

Apparently while they were running about in the fields, they were also spending time tearing apart chickens. The farmer was shaking with a rage that got into my bones and told me how serious he was about ending their ability to play with anymore chickens.

I got Iluh (my balinese best friend and super woman who takes care of the house I live in) on the phone, and she talked the farmer down until he agreed to not kill the dogs. After he left, I was shaken so I locked the dogs inside the gate and went for a scooter ride to let it blow off.

I came back an hour later, walked in the gate, and stopped dead in my tracks to the smell of something death. I looked down and saw a puddle of liquid under the gate. I got down to look more closely and smelt the metallic smell of blood. I looked up and saw both of the dogs looking at me with wide wonky eyes, possessed in look and their bodies in convulsive panting. I ran to the porch to see puddles of drool all over. Both Tigre and Sara’s hind legs were locked up at their knees. Sara was pacing around and Tigre was lying on the ground on her side in semi convulsions. Terror, disbelief and helplessness flooded me. It was the energy of the kind of fear that comes when someone has intentionally tried to hurt another, a kind of feeling that I didn’t want to believe was even real. My mind began to put it all together, the blood smell at the door was a raw meat that had poison in it, put there to kill the dogs.

Two frozen convulsing dogs, and me, in a rice field with no car access, and the walk to the road was too far for me to make it carrying the dogs one by one.

At first I collapsed feeling helpless and completely overwhelmed. At that moment my friend Carlos messaged me. I called him, and he came over on his motorcycle. Looking at the dog’s conditions, we decided to take Tigre first as she was just a pup. I picked her up and got on the back of Carlos’s bike. For the 20 minute ride she was shaking wide eyed and water falling drool.

When we walked in the door, the vet took one look a little T and immediately got her hooked up on the anti poison procedure. Meanwhile Carlos and I rode back to get Sara.

Sara is not a regular dog. She is more of a black panther. Extremely powerful with mystical qualities, like jumping over 9 foot walls and queening multiple houses in the field. We got her to the vet but she would not take the needle. With 3 men trying to hold her, she would not have it. A fire like I have never seen shot through her and she broke free from the vet table majestically and pounced to the floor. She told us she didn’t need medicine, we listened.

Tigre took well to the flush and was able to come home the next day.

Try a free class in my Online Studio

Hi lovely human! I'd love for you to try out this delightful firey flow in my Online Studio: Firefly Flow. 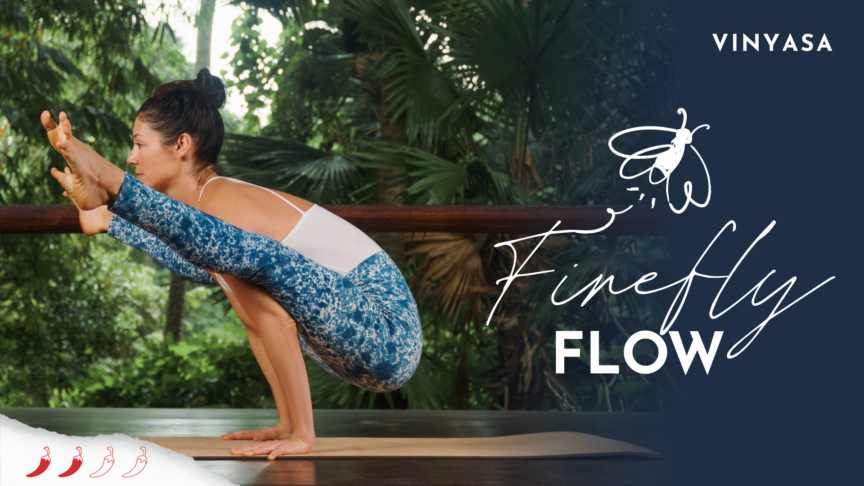 When she came home, I realized how much I loved her and how happy I was that she survived. I decided in this moment to make all the efforts I could to serve these dogs, to fulfill their needs for love, exercise, stimulation, and nourishment and began to research what it is to be a dog owner. I never wanted to domesticate any animal and had resisted this process, but after learning its not a domestication but rather the formation of a pack family, I began to learn the role of leader and what it meant to be balanced in this position.

I learned how intelligent, sensitive and intuitive Tigre and Sara are. Daily I connected to their beings and eventually sometimes the many asks I had did not have to be verbal. And still I yelled at them to stop barking and would lose my patience and all the jam, but they taught me about leading with love. That strong emotions only threw off the respect dynamic and therefore would send little fractures through our pack family dynamic.

Tigre is my heart. A cosmic soul that I connect to through the centre of my chest. I realized this while I was in Europe for 3.5 months for work. I was missing her like I have never missed before. And I realized I could tune in a fully connect to her being in my heart at any time. This is when I began to realize the fullest depths of my connection to her.

When I was home Tigre slept in my bed and cuddled better than any human. We ran every morning together through the fields and as she grew older she listened to me when I told her to not kill chickens. She was made of the purest of pure love. Not a mean molecule in her making except that she would have ripped the throat out of any dog who fucked with her food, but only that.

I never have known a love like what I feel with Tigre. She re-connected me to the remembrance of our soul mates coming in many forms. That it’s our hearts language that speaks the lasting communications to each other, and that this language is not man-made.

On August Monday 14 she woke up with a fever. I took her to the vet and the rapid decline began. By Saturday she was swollen, yellow, poohing blood and hardly walking. She came home to be on palliative care. She still slept in my bed with me and I cuddled her in every single moment I could. I had a commitment to teach a workshop over this weekend of her decline, and my dear dear friend Carlos Tao spend every single moment by her side. Not to mention, every single moment by my side, not leaving me for a second when I was scared and devastated from witnessing my sweet love deteriorate.

Monday August 21, after Tigre had a rough night of too much vomit, extremely laboured breathing and so much pain, my intuition told me it was not going to get better. That her suffering would only increase from here. I decided to euthanize and the vet came to my home.

She passed on my lap, held in the pure true love of Carlos, Iluh and I. A proper death ceremony that I am honoured to have been gifted. All three of us sobbed raw pure sobs because of the incredible effect she had on us all.

When she began to leave her body, I felt her spirit move through my body. It seemed to filter through my cells and concentrated in my heart where it did a proper cleanse. Her spirit cleared out all the holding and potentials for any kind of suppression of sadness, inducing the rawest most beautiful cry I’ve felt. Like a shower from the most charged pure waterfall, from the spring of my heart out of my face and eyes. Once the heart was clear, her spirit moved through the crown of my head and diffused into the room. The room lit up with a delicate flickering light, like morning sunlight reflecting off of gently rippling waters.

I sat, with Tigre on my lap, only wanting to be there and nowhere else. Calling as much of my awareness in as possible so as not miss a single flickering communication of this precious moment, the profound gift of her transition.

Her death reconnected me to the spirit world in the highest purest format. A connection I shut down when I was a little girl as I found it too intense and terrifying.

I now feel her without question, all around and inside me. My sweet T guardian angel, she has infused herself into my being, coating my makings with the incredible beauty of her essence.

Latest from the Blog